CEO Elon Musk, who has long had an informal association with the meme coin project, also marked the occasion on Twitter. 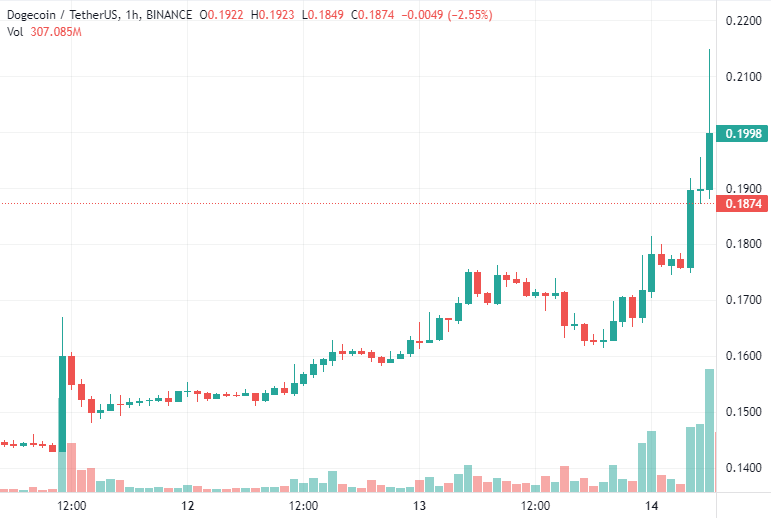 Musk first revealed that Tesla would add support for Dogecoin in Dec. 2021, which predictably sent the value of the token up. The payments are limited to merchandise purchases, but that hasn’t stopped the cryptocurrency market from clamoring for DOGE. The asset has been on a steady upward trend in the past week, up roughly 23% from the start.

Items that can be purchased from the Tesla merchandise store include a Cyberquad for kids, a Giga Texas belt buckle, and a cyberwhistle. The price of these items range from approximately $57 to $2,296, with the Cyberquad being the most expensive item.

Tesla is no stranger to adding cryptocurrency payment options to its stores. The company added Bitcoin payment support for its electric vehicle lineup in 2021, though it was suspended after concerns relating to the energy consumption of Bitcoin mining. However, reports have emerged that Tesla will resume accepting bitcoin payments, though there has been no confirmation yet.

Meme Coins Remain One To Watch in 2022

2021 was an eventful year for meme coins, with both Dogecoin and Shiba Inu experiencing quick rises and drops as they grabbed the attention of the mainstream public. Critics and analysts have cited that meme coins are risky, given their fickle nature, but that hasn’t stopped new crypto investors from trying to cash in.

Meme coins are of a special nature, and they don’t ascribe neatly to typical market rules. Thus, when it does experience high, rapid volatility, it results in both great profits and losses for investors. 2022 may be yet another year of such activity.

Lawmakers are also paying closer attention to meme coins, being especially concerned about investor protection. In Jun. 2021, Thailand banned meme coins as a result of the public frenzy for them. Whether other countries will follow suit remains to be seen, but there will certainly be more rules to control volatility and ensure investor protection.