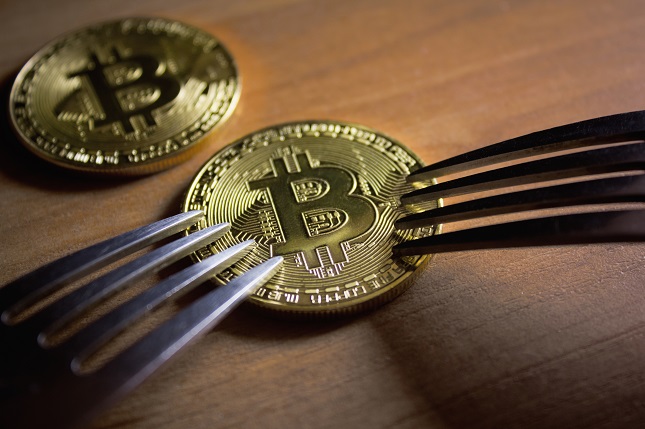 For the core developers, it was an attempt to retain some level of decentralization in a centralized mining environment, with the Bitcoin mining cartel looking to improve capacity to improve transaction times and therefore income.

Having only been created back in August 2017, a hard fork earlier in the year was relatively seamless, the May hard fork resulting in a pre-fork rally on hopes of a fresh cryptocurrency reward for Bitcoin Cash coins held at the time of the fork driving demand for Bitcoin Cash. The last fork, back in May of this year saw Bitcoin Cash rally from an early April low $600.1 to the first week of May $1,849.9.

The upcoming fork is scheduled for 15th November and, in stark contrast to the fork earlier in the year, Bitcoin Cash has been in rapid retreat in the last week, with Bitcoin Cash sliding to a November low $518.2% on Sunday, the reversal from the previous Sunday’s 18.8% rally to $571.6 seeing Bitcoin Cash down 9.34% over the period.

Hopes of a Bitcoin Cash hard fork rally have been dashed this time around and Bitcoin Cash continues to sit in the hands of the bears, with the upcoming hard fork looking to be far from seamless, there being quite a division of consensus ahead of the main event.

Hard forks are all about consensus and, while there was the necessary consensus in May to support the upgrade, this time around there is no consensus

What is the Bitcoin Cash Hard Fork Looking to Achieve?

Hard forks are not a rare occurrence for Bitcoin Cash, with the team looking to continue making improvements to the platform to make it a more viable option as an alternative to fiat currency than Bitcoin.

For the coming hard fork, the two sides of the fence are:

The Bitcoin ABC team are against the increase in block size and that’s where the disagreement has occurred, with Bitcoin ABC and Bitman, one of Bitcoin Cash’s largest miners sitting on one side of the fence.

Bitcoin SV, with its support from Bitcoin Cash miner CoinGeek, will be looking to take on new miners in support of Bitcoin SV, with CoinGeek and nChain reportedly having a higher hash power than Bitcoin ABC & Bitman, which is contributing to the downward trend seen in Bitcoin Cash ahead of the fork.

What to Do in the Days after the Hard Fork:

While upgrades and enhancements are traditionally a good thing for any product, particularly one so new as Bitcoin Cash, the real issue lies in the breakup of Bitcoin Cash and the creation of yet another possible alternative to Bitcoin as a viable competitor to fiat currency.

Some disruption and fallout are to be expected as a result of the ongoing disagreement between the 2-sides and one thing that has become apparent from is the lack of decentralization, an issue that other blockchains have attempted to address through hybrid consensus algorithms that limit the powers of miners in support blockchain development and adoption.

As the war of words between Craig Wright, who claims to be Satoshi Nakamoto, and Bitcoin ABC continues, more pain is likely ahead of Thursday’s fork and the worst possible outcome for existing Bitcoin Cash holders would be for Bitcoin SV to become the dominant coin come the weekend, Bitcoin SV miners currently threatening to mine empty blocks on Bitcoin Cash that would ultimately render Bitcoin Cash useless.